True Champ till the End

I am writing again a short article about motorsports which the mainstream media and mainstream sports industry never given too much attention and awareness to the nationwide public but only concentrated on Manny Pacquiao’s boxing sensations and Phil Younghusband’s football which of course gave them money for reporting but to other areas of sports disciplines in the Philippines where a lot of Filipino also excelling, the mainstream never give too much attention because it has no money on reporting on such unpopular sports though there are already Filipinos excelling that needs to be supported by the government and need public attention.

Now, the late young motorsports champ Maico Buncio who died at the height of his racing stunts at the recent ongoing motorsports tournament at Clark Pampanga who unknown to major number of Filipinos nationwide was honored as the 2011 Golden Wheel Awards’ Driver of the Year which the mainstream media ,mainstream sports industry and even the PNoy administration never gave the needed honor and attention to be recognized but concentrated too much on the Money(Manny) making sports and political career of Pacquiao and the hearthrobing soon-to-be showbiz career of football superstar Phil Younghusband which is now link to Philippine young actress Angel Locsin to have a spark of romanticism something; was only reported on the mainstream media(but only a little) when the True Champ died and even on his death the mainstream just reported it lightly and never honor him like the honor and limelight they gave to Manny and Phil and the major number of Filipino never have a glimpse of who is Maico Buncio and his achievement in line with motorsports. 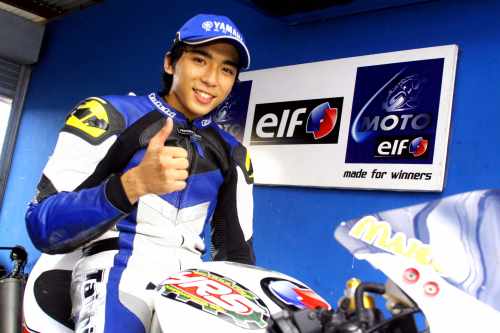 So sad that mainstream media and mainstream sports industry play biases of which to be reported on the public and what to be sensationalized instead of reporting everything without biases and honoring to whom honor is due, but was made bias by the call of money.