Religious Massacres in the Philippines

Religious Freaks in the Philippines

A predominant Christian country that  is divided into many variety of so-called Christian churches like the Roman Catholic church, the orthodox church, the protestant, the Methodist, the Baptist, the Iglesia Ni Cristo (INC),the Jehovah’s witness, the Mormons, the charismatic, the born again, the CFCs, the SFCs, the JIL movement the “dating daan” movement, the El Shaddai group, etc.

So many variety that leads into maligning and slandering one another and calling one another “fake and satanic” and even killing one another just like what have happened to an INC pastor and his family who were massacred inside the INC compound together with his wife and children, as reported a year ago; just only to convince a Filipino seeker to join their religious group which is so vain and so senseless. There are other religious killings happening below the table but was not reported on the public because one’s religious reputation will be ruined or tainted and will lose chances of winning a proselyte if it is publicly reported. Obviously, some what they only want is the tithes or money offerings that a proselyte will donate or give to their respective churches or religious congregation because of financial poverty. 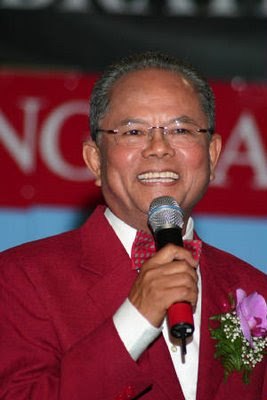 Take for example, pastor Mike Velarde who founded the El Shaddai group wherein he become an instant millionaire by asking tithes and money offerings from his followers in exchange for prayer requests and his blessings as the servant of God and Christ. Actually, he have already bought his own mall and even attempted to run for a government seat.