Have you heard the rumor about the silly and stupid suggestions of many Aquino-loving Filipinos? Yes, they want late ex-former Philippine president Ms. Corazon Aquino to be in line with the Catholic saints or to be canonized as Saint. Their over-reacting adulation for Cory have brought delirium in their minds, that even the late Ms. Corazon Aquino will not agree to their stupid idea, if she still alive and have heard this idea of them. 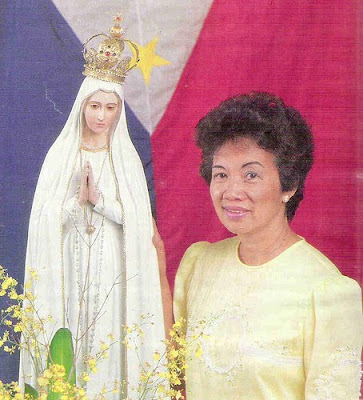 As we all know, there is no one who is holy among us neither the so called Catholic saints were not either, for the Catholic Church is not a god who can dictate who is holy or not, nor the Christian Bible could not tell. Moreover, their so called saints are just mere “wolves in sheep’s clothings”, just like the church that canonized their so called “sainthood”.

How such a group of Filipinos goes down to this very low level of thinking?