There is a village in the Philippines which I guess heavily influenced by the Catholic priests that controls the use of condoms and contraceptives among the village constituents by imposing an ordinance that before one could buy and use condoms, one should have a prescription paper from a doctor else if one violates it one will be jailed and will pay 5000 pesos fine. This village in the Philippines is the Ayala Alabang village. 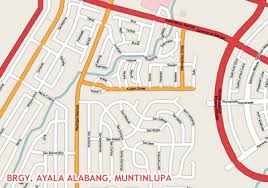 Their ordinance have really vestiges of Catholic Church influence which they of course research first to validate and legalized the ordinance which according to former health secretary Dr. Carmencita N. Reodrica that the bill the atty. Of Ayala Alabang village base their ordinance is already obsolete and no more applicable on a modern democratic-open minded world. But how come it was approved if it is already obsolete bill? There is something fishy on it; Catholic Church is very influential among the rich Christians in the Philippines.

To imposed such ordinance means curtailing the human rights of anyone within their village to have sex anytime using condoms and contraceptives as sexual protection.

Their basis for controlling and dictating is not really reasonable unless condom sellers in their village sell defective condoms or there is an outbreak of AIDS that needs to be controlled, for they never have any reasonable reasons for it but only depend that the ordinance they imposed is legal and constitutional and some silly reason like protecting and safeguarding unborn child?..Silly, how can they protect unborn child if they curtail the usage of condom and contraceptives which protects the couple to have unwanted baby and avoid them succumb to abortion because they use condom?..With their silly ordinance, what they don’t want to happen will surely happen because they curtail the usage of condom.