After the fiasco of August 23,2010 bus hostage drama which killed innocent Chinese nationals wherein proper justice has not yet truly served for the victims that has made China bitter toward the Philippines; would perhaps, that is why the Chinese government never considers the plea of the Philippine government regarding the innocence of the three convicted and executed Filipinos last March, counter strike again the Philippine move, now against Philippines diplomatic protest at the United Nations (UN) filed this April 2011 regarding Philippine claim of the sovereignty over the Kalayaan Island Group of Spratlys Islands telling the United Nations that the Philippine invaded or conquered the Spratlys or Nansha Islands(China’s name for Spratlys) in 1970s which is theirs or part of their sovereignty and  territory in contrast with the Philippine protest that China’s claim regarding Spratlys has no basis in international law. 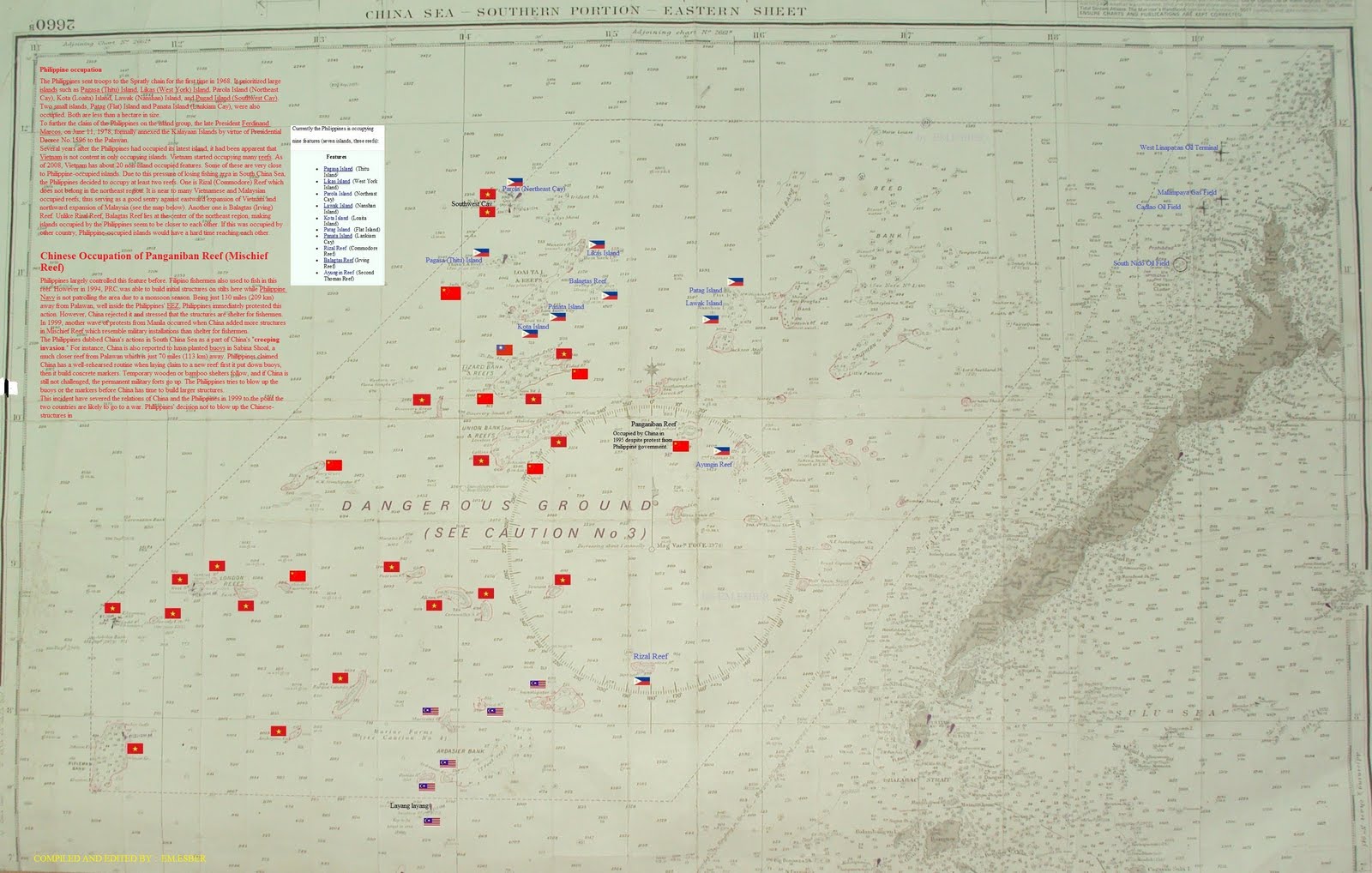 Islands on Spartlys claim by Pinas and China(on respective flags)

Moreover, the Philippines only proof of ownership is just a mere updated “detailed map” that can be doctored which is really unprofessional on owning something as well as conquering an island which is not historically yours.

Does the present Philippine government –Pnoy administration – doing a shabby act again in front of world leaders that will not only ruin its relationship with China but also put the entire Philippines under great shame and even set the Philippines in war against China? Moreover, set a war on the South China Sea which recently provokes also Taiwan to warn the Philippines from such escalating tensions it fuels against China.