The Era of Remakes

Rehashing a classic film and TV programs just to gain money  from it is now the current era on the Philippine mainstream Television and now starting to creep into the mainstream Philippine movies via GMA Films Production by their another remake film, entitled “Temptation Island”.

By the way, it is also the latter studio who restarted this remake activity on the mainstream Philippine Entertainment industry since its TV remake of the Mexican Telenovela “Marimar” into Pinoy version which gaye way to re-boost into great stardom the fading career then of Ms. Marian Rivera. However, rehashing a story and remaking it is not something new GMA network originally conceptualized, actually, remaking have already been in the Philippines (not only in the Philippines but the rest of the world have already been doing it)or in the Philippine Entertainment industry before GMA network got an idea to remake the “Remake and Rehashing activity”. GMA network just remake the remake. 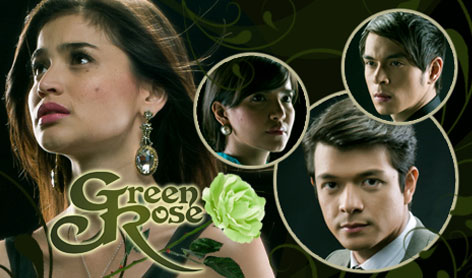 Since the success of Pinoy remake of “Marimar”; past film and TV programs remakes have become the new genre of entertaining Filipino public on Philippine TV. For not only past Mexican Telenovela has been revived and rehashed into something new and “Pinoy style”, but also Korean teleseries and past best TV programs have already gone through remaking .Moreover, the good thing about this remaking activity is that brand new stars and even oldie stars whose career is lukewarm has breathe brand new glow in the limelight like Ms. Marian Rivera.

So far, the best remakes in terms of category in my own opinion were:

(3) Panday – on past Pinoy film remake

Yes, it is exciting and thrilling to see one’s once favorite films and TV programs in a new dress, but this kind of prevailing genre in the Philippine television and now creeping on mainstream Philippine cinema if it let rule the current mainstream Philippine entertainment industry, the dying mainstream Philippine movies will sooner or later die eventually. For remaking another classic film is also the same also doing movies with repetitive and rehash storylines and plots; it comprised originality and creativity.

Thus, it is not surprising that the previous Urian Awards never included mainstream movies in their film nominees but rather they included and awarded the indie or independent films instead because Pinoy indie films are innovative ,fresh, creative and original and have progressive stories and not a mere remake or rehash one.

However, there is a mainstream Film studio that is quite exempted on remaking and rehashing past Pinoy Films, rather striving doing original mainstream high quality movies – the Star Cinema film production.