Proud To Be Colonized and Duped?

Sinulog, Ati-atihan and other so-called (“Filipino???”) sto.nino festivals, as well as the festivities for the statues of “Virgin Mary” and “Christian Jesus”, are these originally home-grown Filipino religious culture which every Filipino could be proud of and show-off to foreign tourists that visits the Philippines? Tell me the truth; else I will hit your lying lips. 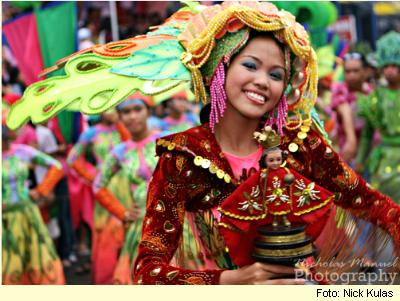 (4)Filipino Colonial Lovers: “I want to marry rich foreigners; I don’t like poor and lazy Filipinos”

(5)Filipino Colonial Lovers: “I love Waltdisney; I don’t like Filipino-made animations, they are kind of cheap quality”

These are just handful of examples of our complains and detestment to our own home-grown country- The Philippines- especially those who aspire and covet other nation’s identity and culture: “Bakit sila ang galling,pero tayo hindi? “ 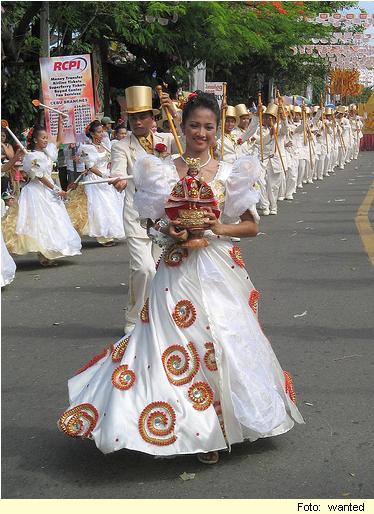 Why is it so that we could not proud of our own but what we exalt more and patronized more and value more is the legacy of our conquerors?

Do we not have our own identity and culture which we could be proud of and show-off to the world, that this is “Us”, aside from Tourist attractions like Boracay?

It is because up until now, we still let our nations be subdued with colonial influence or influence of other nations and could not decide and make on our own?

Or is it because we do not Believe Ourselves that is why other nations could dupe our thinking and manipulate our confidence?

When will the Philippines arise on High without the Wings of Colonial Legacy? When?

Honestly, whenever, I saw these Christian-inspired activities and festivities like the sto.Nino festival, feast of the Black Nazarene, feast of the Lady of “Chubakchenez”(ehehe),I felt so ashamed for the Philippines because those Filipinos who participate on such religious colonial legacy festivities, put to shame themselves in the world and especially to those World Intellectuals who watch us and perceived us that the majority of Filipinos are just a mere religious laughingstock and “dupyDucks” nation, that do not have their own identity in terms of Belief and cultural system, but just a mere “brainless slaves” or puppet and robot of feed and controlled by the world organized religion like Christianity and Islam and by the World Elites in terms of commerce and capitalism.

So sad to see these retarding and not progressing state of the Philippines in line of Belief and cultural system.

I declare that The Philippines is NOT YET TOTALLY FREE. It is still slaves of the influence of Spaniards and world’s commercialism.