The alarming number of dengue-inflicted cases in the Philippines despite of the solutions proposed, advised and imposed by the Department of Health, some resort to an alternative solution against dengue, which was recently reported that there is indeed a helpful alternative remedy for it though the department of Health still no final say about its discovery.

This alternative solution is drinking a tea of the herbal plant called “Taua-taua”. This herbal plant is said to increase one’s platelet count, thus increasing the immunity against the disease. However, “Taua-taua is not actually a cure but just a big help for one’s immune system to kill the dengue virus, because this herbal plant is said to stop bleeding or it has a homeostatic ability, thus it stops the hemorrhaging sensation brought by the dengue disease; for the dengue disease is a hemorrhagic disease. It is an additional help aside from cleaning the surroundings. 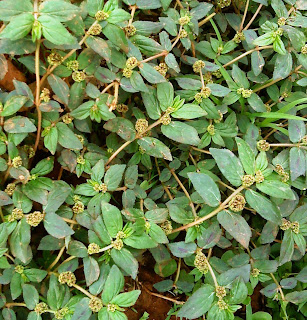 “Taua-taua have variety of names, perchance you are seeking one yet have different names in your locality, namely “mata-mata”, ”gatas-gatas”, and “buto-butones”. Its scientific name is Euphorbia hierta.

In order to make a tea out of it for you to drink, wash the “Taua-taua” together with its roots in running water. Then soak it for a while and then wash it again with one teaspoon of vinegar, salt and baking soda, so that it will be thoroughly clean. Then chop it and boil it with water on a low flame.

You can try a cup a tea of “Taua-taua” as your alternative remedy for dengue fever.