In our current world that is full of egotism and egolamaniac tendencies of world leaders, only few have philanthropic inclinations that desire to help their needy fellow humans without any exchange of payment. However, there are some who pretend to be philanthropist but are just a mere egoistic counterfeit jerks, like the self-righteous and hypocrite ones who always show-off on the public eyes or on others to have a desire to help fellow humans yet they eagerly expect something in return for the good works they have done to their neighbors wherein if the neighbors they have helped unable to reciprocate what they have done to them, they begin to boil in anger and wrath and name call the neighbor they have helped to be “ingrate(unthankful; in tagalong “Walang utang na loob” and “walang hiya”),”evil” and “selfish”.
There are only few who help their fellow humans truly without any complain and expectation of reciprocation from the good works they have done to their needing neighbors. These few are the true workers of good and true philanthropists and hero. 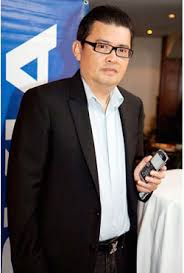 But though the Forbes Magazine list Heroes of Philanthropy on every country just picked successful rich men and women who do charitable and philanthropist endeavors and not others though they were not rich financially, also do a true philanthropist act, I still concur to their list.
Recently, they include Filipinos in their list of “Heroes of Philanthropy” and these include Lucio Tan, Jesus Tambunting, Stephen Zuellig and Joey Concepcion who is the founder of the “Go Negosyo” business community that aims to solve unemployment and poverty in the Philippines through helping fellow Filipinos help themselves through going into own business enterprise (or Go Negosyo)

But according to Joey Concepcion, he is not the real hero but rather the men and women behind the Go Negosyo community who spend their time, talents, money and resources to help their fellow Filipinos help themselves. According to him, they are the true hero of Philanthropist and not him, which is indeed a humble attitude and true that unknown Filipinos who have no name in the world yet do true philanthropist acts should be the one be recognized and awarded for their philanthropist acts. 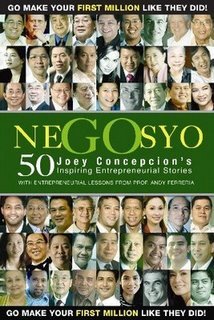 Go Negosyo have already help many Filipinos gain an income through helping them how to exploit resources in their surroundings which they could transmute into life changing source of income. However, it is still not yet minimized poverty in the Philippines though it is one of its prime objectives, this is because many families in the Philippines especially the poor ones were incline to “go on and multiply” sexual mindset without any awareness and control the consequences of begetting many children without any financial stability.