Who is a Pinoy artist that is not acquainted with this Pinoy master Cartoonist?, and who among the Filipino readers who enjoys his caricatures do not know his works? Perhaps, the modern Filipino youngsters today that are not attune and fond of reading print medias like newspaper, magazines and comics but rather incline mostly to video and online games and foreign commercial cartoon characters of Disney and cartoon network; or, maybe a non-artistic Pinoy oldies which are incline to other things and matters.

As a Filipino, have you heard the “Kalabog en Bosyo”, comic strip?, or the “Asiong Aksaya”, ”Islaw Palitaw”, and “Slice of Life”?If you heard it and fan of it, then you probably know who is behind these comic strips, is not it? But if you are not fan of it yet have heard them, then it is better that you read this brief article of mine.

The man behind these funny, entertaining, witty and realistic comic strips which I also like is Mr. Larry Alcala, of course. Larry Alcala graduated Fine Arts in Painting at University of the Philippines where he also become a professor, wherein while he was studying he has already his cartooning career which eventually flourish after he graduated on college. His dedication of his cartooning career and the fame he have received (for he has received a numerous awards, recognitions, and citations about his works) has influenced his own college alma mater to create a department pertaining to his cartooning career that is the Visual Communication department.

His very first cartooning career was on a Filipino comic book Halakhak wherein he created his own very first comic strip that is Siopawman. However, what brings him to success was his famous comic strip “Kalabog en Bosyo” which is whose comic lines was written in Taglish that tackles humorously what is happening in the Philippines. Then, the rest follows for him. 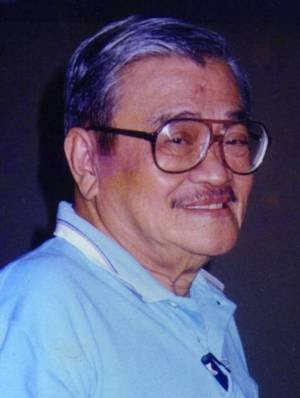 However, it is so sad that he passes away last 2002 and could no longer able do his “Slice for Life” comic illustration.