Angeles City In The Philippines

Angeles City is located in the Northern part of Luzon. It is also called “The Heart of the North” and also as “The City of Friendship”. The biggest municipality in Angeles City is Balibago. Balibago, is also known as the melting pot of raises. One of the reasons why, is because people in Angeles City are the friendliest people in the Philippines (that’s what they say) and also the so-called “Red Light District” is located in Fields Avenue in Balibago, which attracts a lot of different people all over the world.

But the reasons given above are not the only reasons why you can frequently spot foreigners in Balibago, Angeles City. Also near Balibago is Clark Air Base. Former Air Base of the United States. But when Mt. Pinatubo erupted in 1991 the troops completely left Clark, because it was greatly devastated by the eruption.

Now, it is known as Clark Special Economic Zone. Where the Diosdado Macapagal International Airport is located. It is named after one of the Philippines former presidents. Also located in Clark are several Duty Free shops, and outsourcing businesses which are popularly known as call centers, which helped the Philippines economic status in a great way.

Angeles City is a very convenient place too. It is highly developed and modernized but at the same time it still has a nice suburban feeling in it.

Churches, markets, parks, bus stations and malls are easy to access. Public transportation is available 24 hours, everyday. Manila which is the capital of the Philippines is just less than 2 hours away from Angeles City. 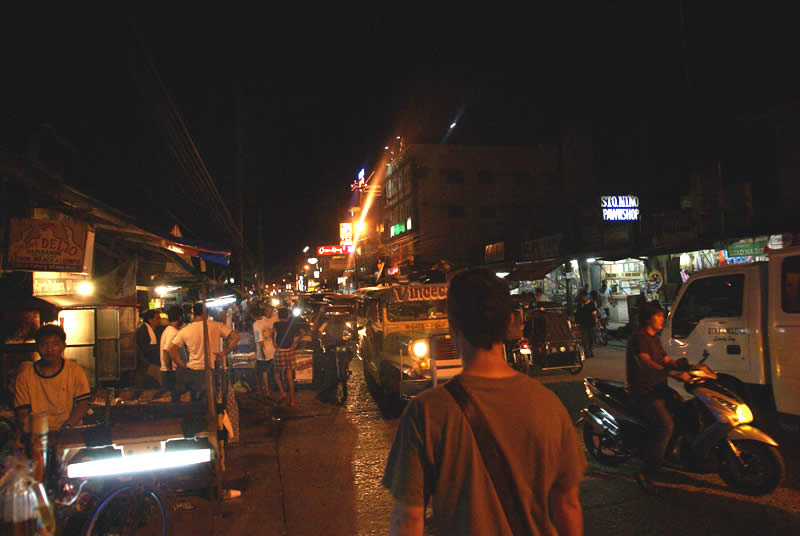 That’s why Angeles City, is truly a place worth visiting because it’s not only a great place to party, it’s a cozy city with a rich culture and proud of it’s old world heritage.