Of so many multitude of sprouting diseases deadly and benign in the world today that agitates much humanity, there are also a lot of proven natural medicines around us which we sometimes doesn’t know or sometimes some of us deliberately ignore because of the major notion that pharmaceutical drugs are the best and quick medicine than natural ones or than boiling some leaves and roots of this and that or chewing this or that. Those who buy and embrace the pharmaceutical dogma regarding their effectiveness than the natural ones are often caught in a trap of never ending cure and financial drainage and multiple side effects of the pharmaceutical drugs, which leads them into an untimely death. However, those who buy and embrace the use of natural medicine or the use of herbal plants are often blessed with instant cure in their diseases without financial drainage and prolong their lifespan.

According to Dr. Jaime Galvez Tan (the leading herbal doctor in the Philippines and advocates of the use of natural medicine) the Philippines is compose of 1,500 variety of different kinds of medicinal herbs and most of them have already been proven effective in curing a disease, even cancer and heart disease. However, one must follow strictly specific guidelines how to use a specific medicinal plant set by the professional Philippine herbalist like Dr. Jaime Galvez Tan; For as we know it, ignorance on the usage of something could lead to some disaster or improper intake that only waste away the efficacy of a certain medicinal plant. 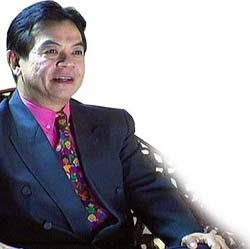